Pimped out nautical: an introduction to Manueline architecture in Portugal

Since I’ll be posting a lot about the Manueline buildings we saw in Portugal, I’ll start with an overview this particular style of architecture and ornamentation.

What happened was this: Portuguese explorers, relying on the navigational instruments left behind by the Moors during the years Portugal was under Muslim control, sailed all over the globe, trading in spices, slaves, and Catholicism.  The spices and slaves made the traders and explorers super-duper rich and super-duper proud of how they navigated to all those far away places.  In the early 16th century all that money and national pride was channeled into fancy buildings, called Manueline after Manual I, the Portuguese king who died in 1521.

The bones of Manueline buildings are standard High Gothic or early Renaissance.  The ornamentation of these structures, however, is in no way standard.  It’s not just that they are pimped out with excessive ornamentation, but that the ornamentation is so insistent.  Imagine a bunch of high school theater nerds decorating a prom with the theme of “Ships Ahoy”.  Or perhaps a small town Midwestern tavern with an aggressively nautical theme.  But the theater nerds and the tavern designer have an unlimited budget and are able to hire the best artists with the finest materials.

The same symbols show up again and again in Manueline architecture and they are all about sailing or discovering new worlds. 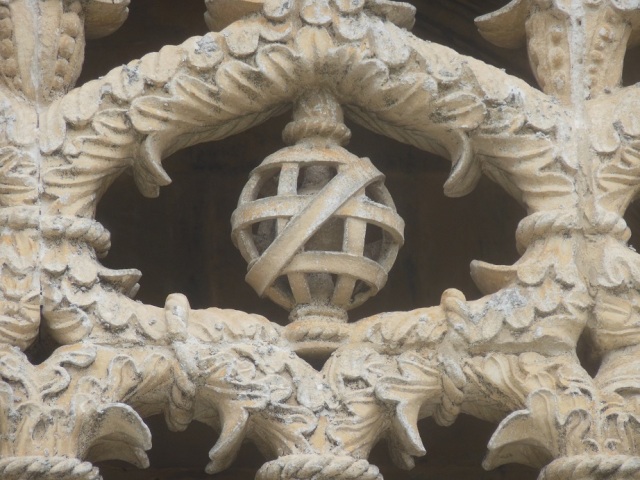 The most common decorative element in Manueline design is the armillary sphere. 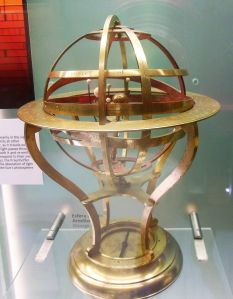 From the Science Museum of the University of Coimbra

An armillary sphere was a navigational instrument used by the Portuguese explorers. 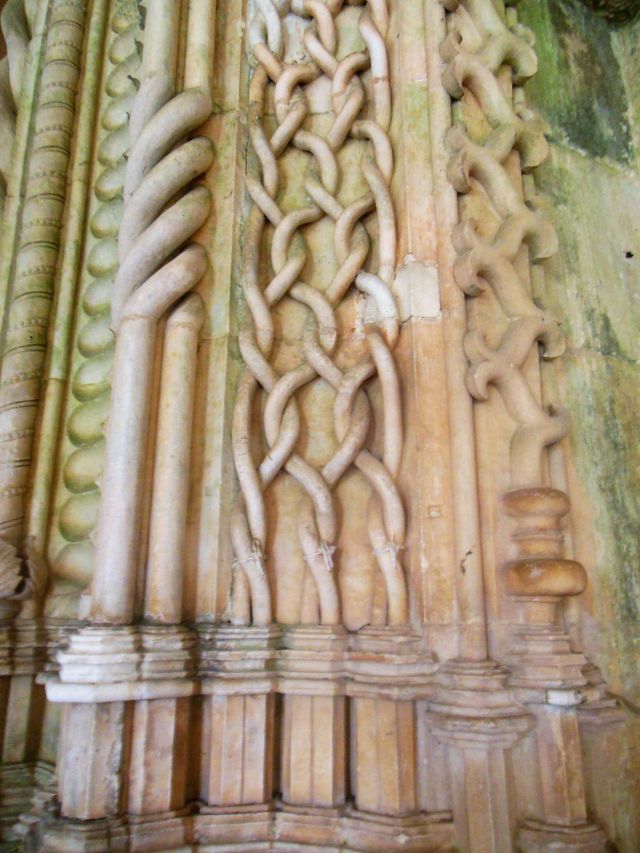 Ropes are another common design element in Manueline architecture. 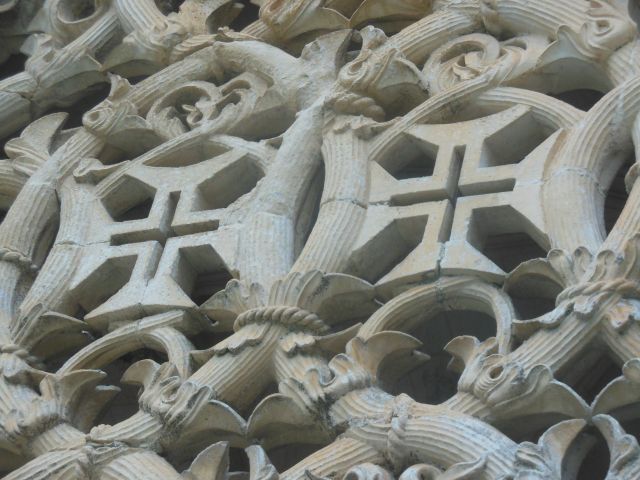 Despite being heavily utilized in religious architecture, the only religious symbolism used in Manueline architecture is this cross from the Order of Christ, and that only because it was also used on the ship’s flags. 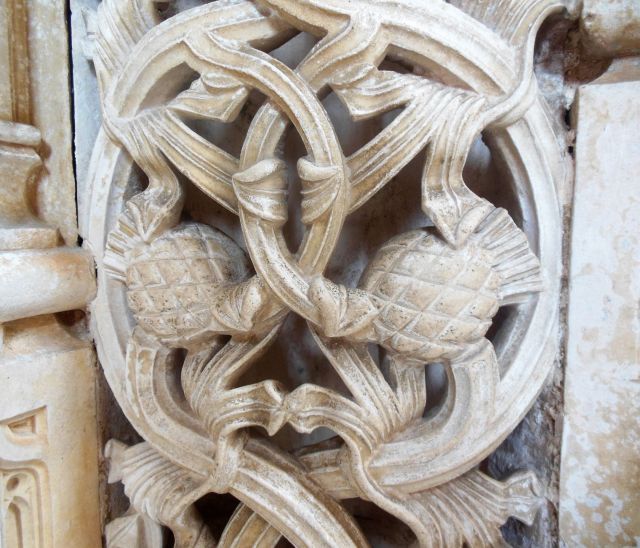 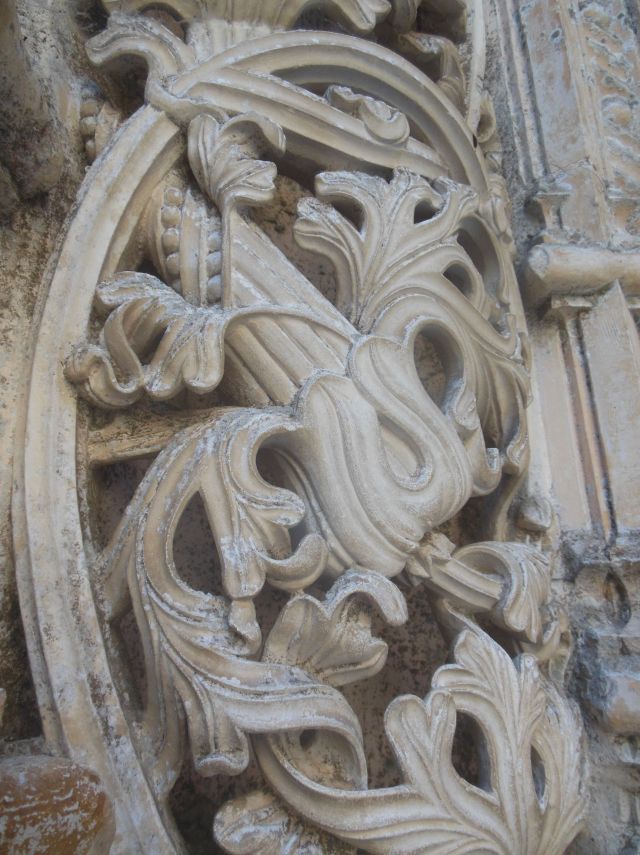 Corn, as the food of the New World, is also incorporated in unexpected ways. 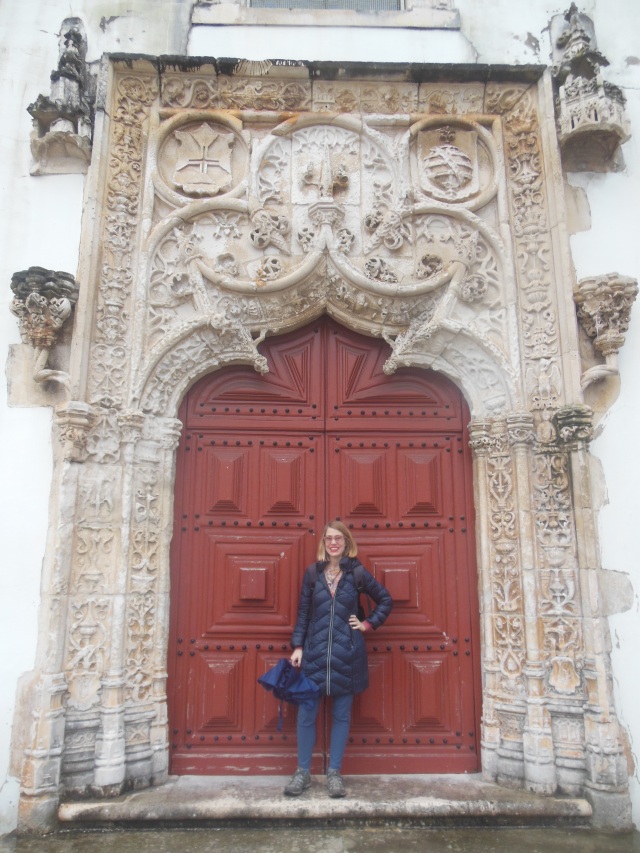 Do you spy with your little eye an ear of corn in this doorway?  How about an armillary sphere?  A cross from the Order of Christ? 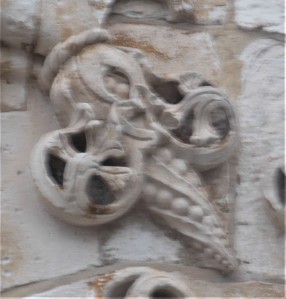 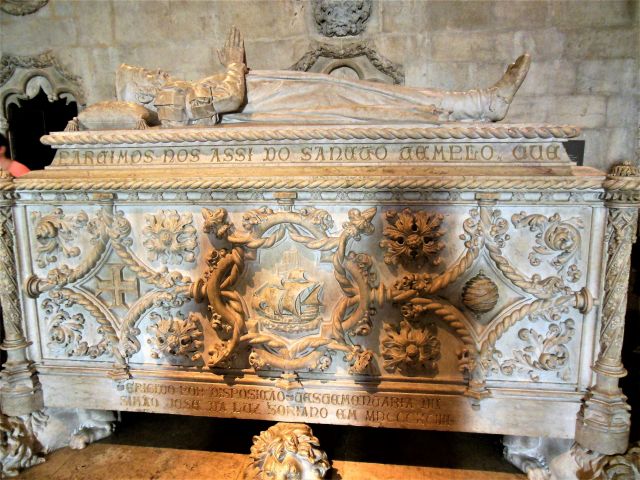 You hadn’t properly died in the Manueline era until you got yourself a nautical tomb.  (The high school theater geeks put a ship right in the middle just so you’d really get it.) 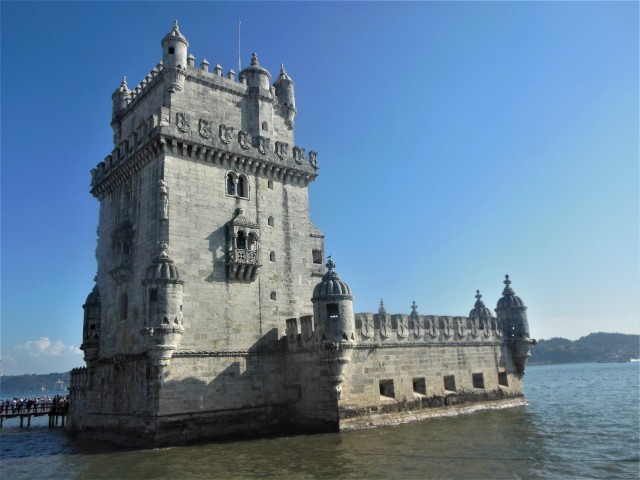 The Tower of Belém

Wait for it now, because the Tower of Belem is a Manueline building actually in a body of water.  (Click on this hi-res image for glorious nautical detail). 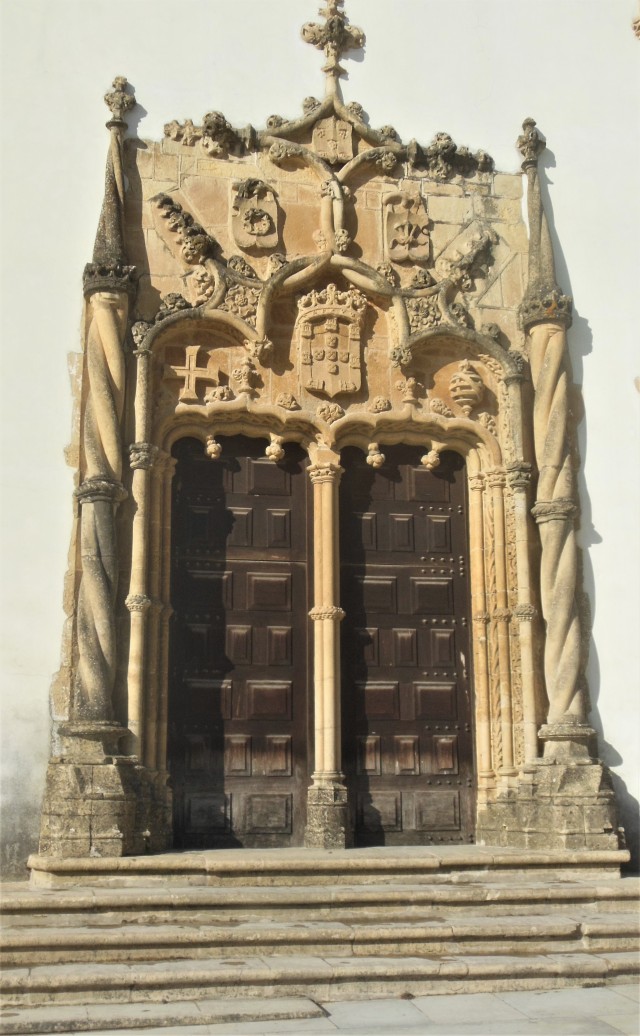 Distinct, regional, exquisitely crafted and insistent as hell—I’m glad I got to spend time with Manueline architecture.  Now I think I need a pristine French Romanesque monastery as a palette cleanser….

← Getting our ya-ya’s out in Vila Nova de Foz Côa
Porto: you can skip ahead to the sardines →