I know, I know, why would cheapskates like us be traveling in one of the world’s most expensive countries?  What happened was, I was looking at airfares online and I saw flights to Norway for $333 round-trip from Chicago.  How could I resist? So I bought two tickets to Oslo with a connecting flight in Helsinki and then I received an email confirming my order of $666 to HEL.

So obviously this trip was meant to be.  And actually, other than the price of rooms—which are twice what we normally would pay—it hasn’t been all that expensive so far.  Groceries are about the same as in any other European city and I saved us money by buying sale fare train tickets in advance.

The Cliffs Notes version of Røros is that it is a well preserved, former copper mining town in the mountainous center of Norway. 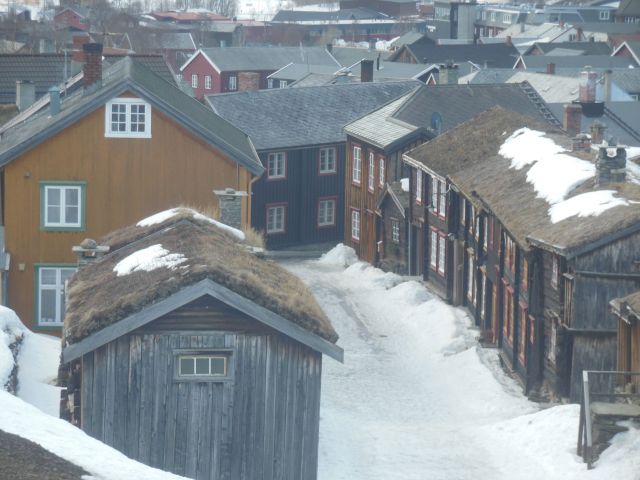 Back in the mining days, workers lived in miserable conditions and labored in cold, icy weather.  Now their tiny cottages next to the mine’s giant slag heap are a picturesque tourist attraction. 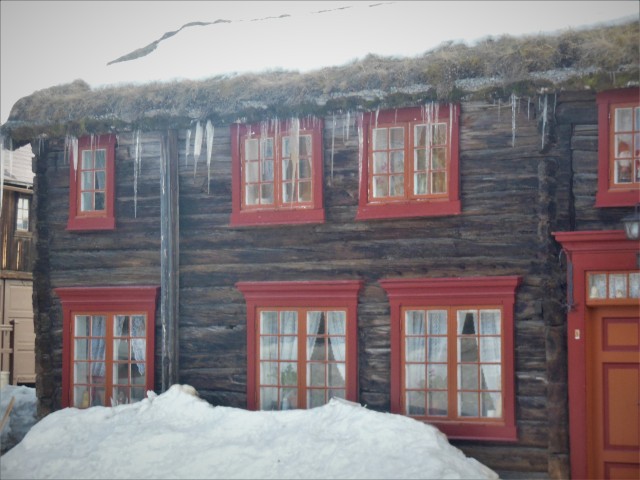 Don’t the icicles look like they were made in a opera prop shop?

After a day of poverty-turned-UNESCO site traipsing, we’re back at our (expensive) room trying to sort out the laundry machine, which is just a big of a mystery as most foreign washing machines and doesn’t seem to have a spin cycle.  I mean, can’t complain, it’s not like we’re smelting copper or something.

And our (did I say expensive?) room comes with a mini library, of which one book in particular is of extreme interest.

Let’s have a closer look at the illustration.

Røros, a delight for tourists and bibliophiles.

How we got to Røros: train from Oslo.
Where we slept: Houmbgaarden. Price: €102 for a double. Recommended: yes.

← All Saints Episcopal Church, allow me to introduce you to Martha Graham’s Appalachian Spring
A walking tour of Ålesund’s window eyebrows for you, my fellow off-season tourists →