1000 years ago, back when Europe was clawing its way out of the dark ages, China already had a well established system of building standards.  The Chinese consulted manuals to standardize the building process and did so with remarkable success considering the enormous size of the country.  The basis of their traditional architecture was modular:  the Chinese used pre-made frames and pillars set at established intervals.  The boards used to make walls had inset notches so they nestled together entirely without nails at the the corners—ancient Lincoln Logs, yaaaaaaassssss!  Even though the buildings were made of wood, which you’d think of as being quite vulnerable to fire and weather extremes, the structures were long-lasting because any damaged parts could easily be replaced with the prefab building elements.  And they were so flexible: if people wanted to make a building larger they just popped out a wall and—presto-expando!—-new building.

Zhenguo Temple, a UNESCO World Heritage Site about a 15 minute drive outside the city of Pingyao in northern China, is the perfect place get an up close look at some fancy Chinese Lincoln Log action.

You walk into the temple complex through a kind of gate-temple called Tianwang Hall.  (The bricks covering the wood were added in the in the 1800’s.)  Feeling impressed by those fancy brackets under the eaves?  Well you just hold on because…. 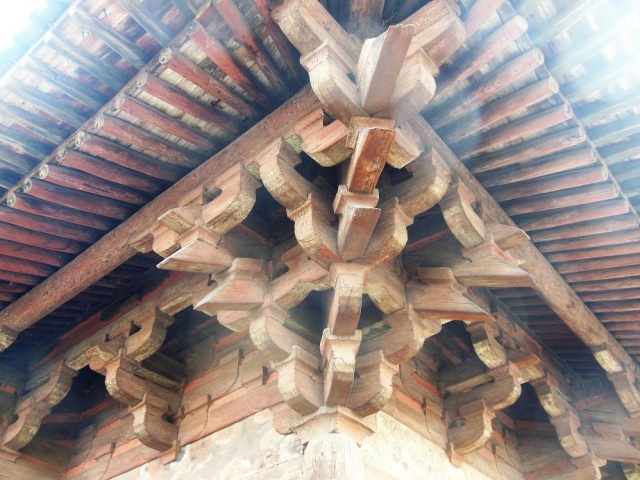 ….you haven’t even imagined how fancy brackets can be until you’ve taken a gander at Wanfo Hall.

Wanfo Hall was built in 963 and it is one of the oldest wooden buildings in China.  (No photos were allowed of the Buddha statues inside.)

Seriously people: this building is kind of smallish, so what’s with the superabundance of brackets?  Is this like overcompensation for insecure temples?

I’m a fan of the fantasy creature on the edge of the roof of Wanfo Hall. 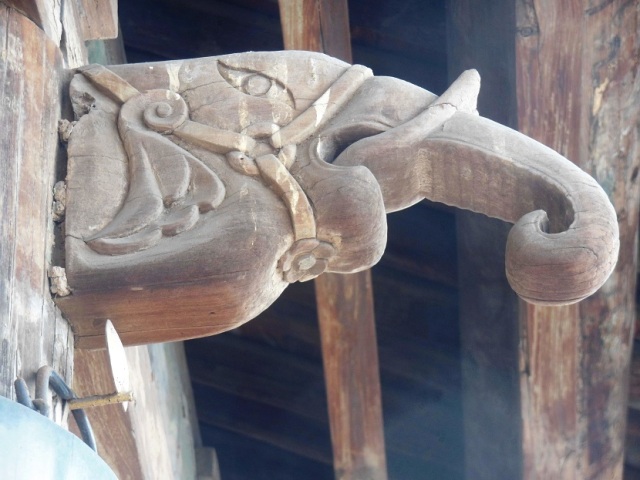 This wood elephant is nifty too. 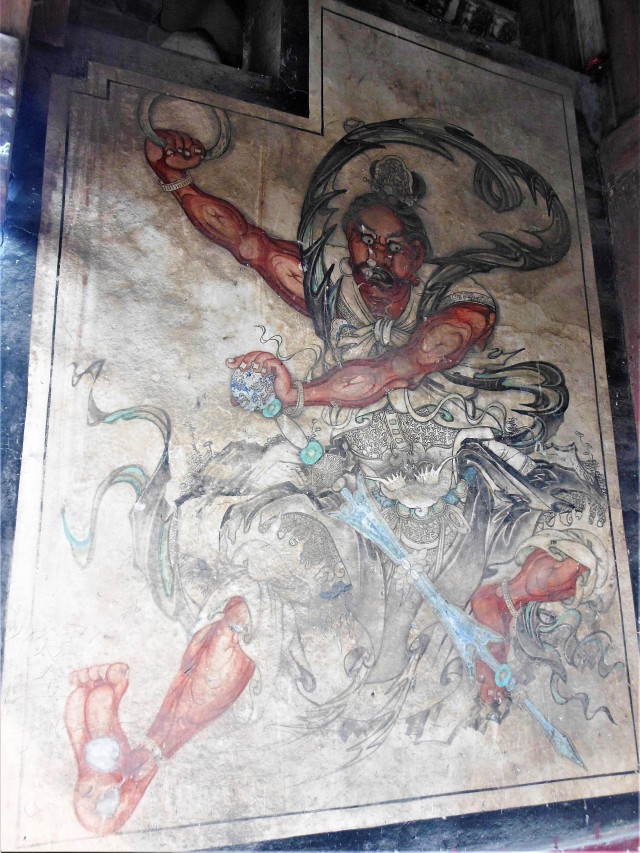 The temple’s frescos are supposed to be from the 10th century but I think they look a lot like present day manga.

HOB and I were hungry when we returned to Pingyao after visiting Zhenguo Temple.  We couldn’t find picnic foods at the grocery store and Pingyao’s restaurants were touristy and unappealing.

In case you’re ever in a similar situation, here’s how you can find decent, cheap food when you’re in a touristy area: figure out where the workers are eating. 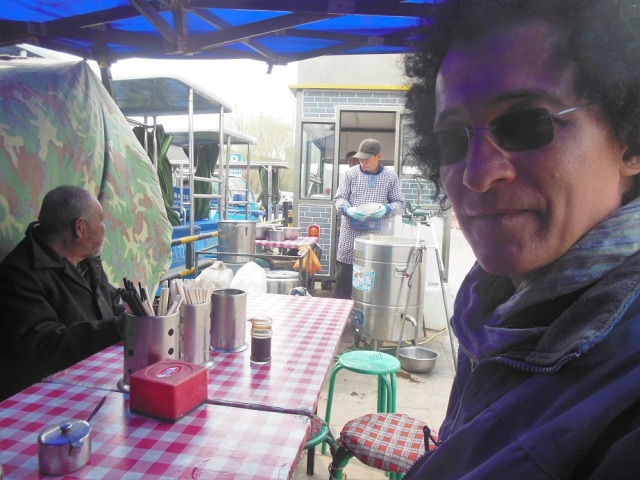 Just outside the walls of Pingyao we saw taxi drivers pulling over to a roadside stand along with staff from the tourist attractions.  I announced to HOB “We’re eating here!”  (HOB used to object to my food-selection bossiness: now, like the smart man he is, he acquiesces and enjoys his cheap, tasty meals without argument.) 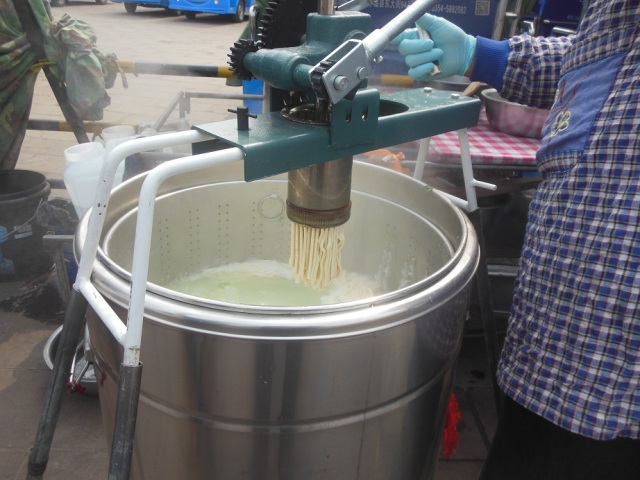 A cook was pressing fresh noodles directly into a vat of boiling water and we pointed at two bowls to order.

Not only were the noodles delicious, but we enjoyed the company of a kind man who loaded up our bowls with extra hot sauce.

How we got to Zhenguo Temple: train from Beijing to Pingyao and then the proprietor of our guest house drove us to the temple.
Where we slept: Pingyao Jiaxin Guesthouse. Price: 7.50€ for a double. Recommended: yes.

← The Tao of inappropriate laughter: Dongyue Temple in Beijing
Not sure what happened at the Peking Opera but it involved stage combat, butterfly feelers and intrusive ushers →