If I were to pick anywhere in the world to hide Sumerian art in plain sight, I would choose Svaneti.  Svaneti, the Republic of Georgia’s mountainous northwest region, is so remote that it was often used as a kind of safe house for art during times of conflict.

Road through UshguliThe main road in Svaneti’s upper region looks like this, though much of the year it is covered in snow and inaccessible (until 1935 the residents got around on sleds and the wheel was non-existent).

Back in 2016, after two flights, an overnight train, and a terrifying minibus ride, HOB and I arrived in Lenjeri—near the town of Mestia in Svaneti.  We were there for the music, a sort of polyphonic chant in the Svan language.  The music was sublime, though as we were to discover, the art was equally captivating. 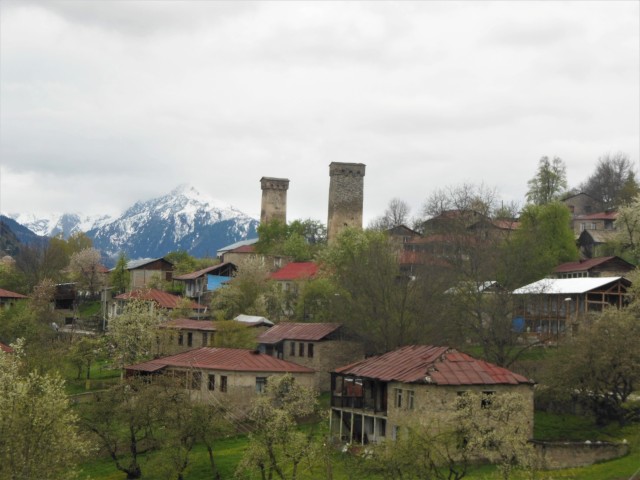 Lenjeri, near our guest house

After walking to Mestia from our guest house accompanied by pathetically bony cows, we located Mestia’s museum.  OMG OMG OMG THIS MUSEUM GAH!!!!!!!!!!!!!!! [calming down, taking a deep breath] Mestia’s museum is an art history treasure trove.  I mean, everything in that museum is amazing but when we got to the icon room I turned to HOB and said “So why do these icons look Sumerian?”

Sumerian icons?  Hear me out.

No, on second thought, just have a look first. 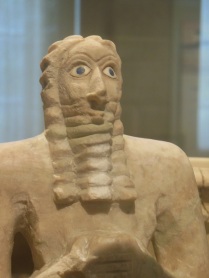 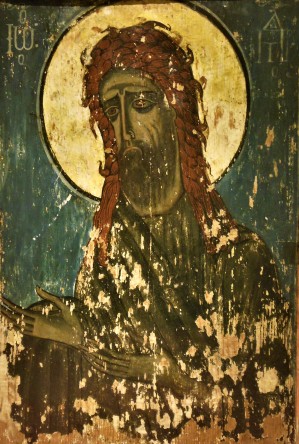 The icons are all from 12th – 13th century Svaneti, painted with tempera on wood.

The Sumerian statues are from the collection of the Oriental Institute in Chicago, created anywhere from 2700 – 2000 BC out of alabaster.

So yeah, they look alike, but they’re made 4000 years apart in different parts of the world.  But maybe not so far apart after all?  Let’s go to a map: 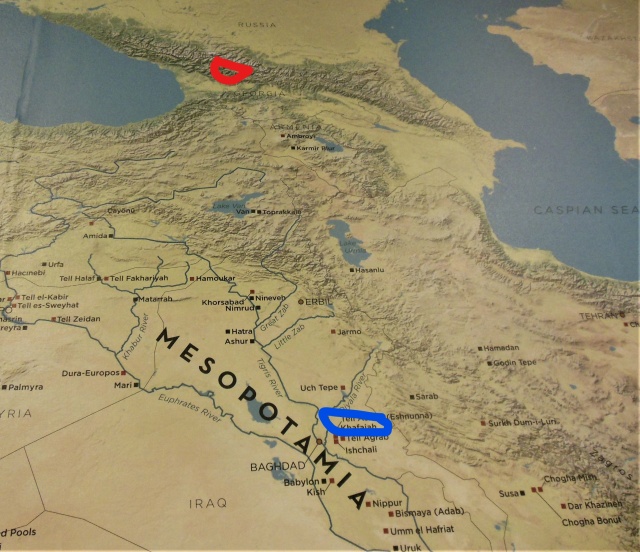 Map from the Mesopotamian room at the Oriental Institute in Chicago

The blue squiggle is where the Sumerian statues were made and the red squiggle is Svaneti. 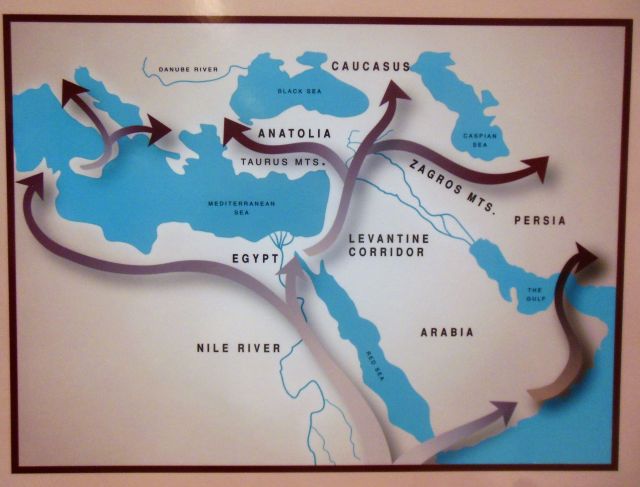 Display in the Mesopotamian room in the Oriental Institute

Here’s another map showing the migration of people out Mesopotamia into several areas, including the Caucuses.

Now I have some proof that people migrated out of Sumeria into Georgia.  What else?

Well, HOB and I had seen plenty of evidence of Svaneti’s ties with pagan culture.  For example, this church in Nakipari, we stopped to see on the way to Ushguli.  The animal heads decorating the church front are pagan, not Christian.

It was my old friend Google that turned up several connections between Svan and Sumerian culture.  Not going to lie: when I discovered that the Svan sun god Lile is believed to have evolved from the Sumerian god Enlil, I gave myself an art history nerd high five.

The Svan people, who once worshipped the sun god Lile, still sing 4000 year old songs in his honor.  Listen to this Svan folk song addressed to Lile and see if your hair doesn’t stand up with the wonder of it.

I have not managed to find any direct connection between Svan and Sumerian visual art.  But I am convinced beyond a doubt that there is one.  The people of Svaneti have been hiding their art treasures for centuries.  If we return one day and a friendly Svan unlocks a church and shows us a secret closet behind an icon painting  where they are hiding a Sumerian statue, I wouldn’t be the least bit surprised. 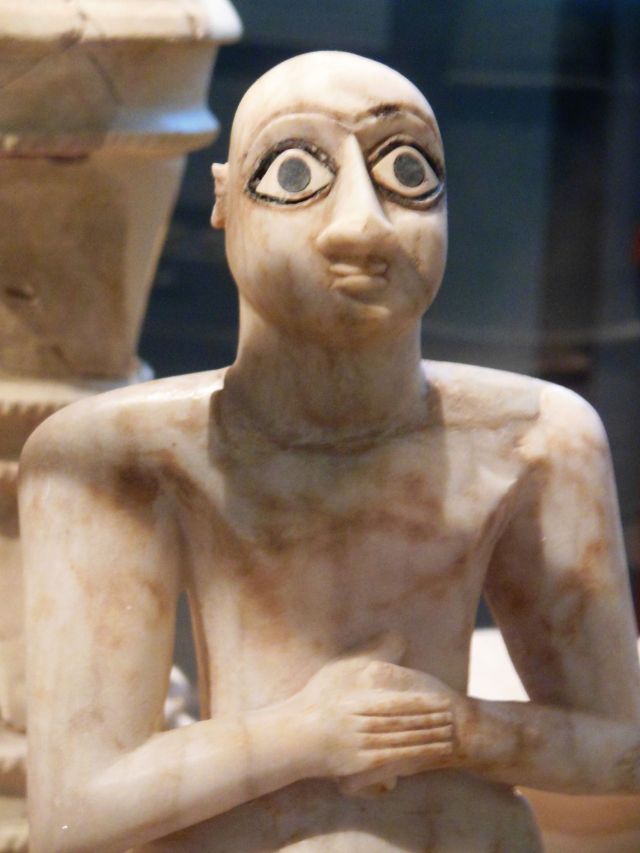 How we got to Kashveti: overnight train from Tbilisi to Zugdidi followed by a marshrutka ride from Zugdidi to Mestia. Lenjeri is about a 45 minutes walk from Mestia.  From Mestia to Ushguli we shared a jeep with other travelers

Where we slept: Guest House Folk Music. Price: €42 for a double (including meals). Recommended: highly.