The gods at Shuanglin temple are caged panthers

Before visiting someplace I’ve never been, I need to first project myself there in my imagination.  I do this by picturing one essential cultural experience.  It could be seeing an artwork, walking through a cathedral or listening to a particular sort of music.  Without this initial mind-travel, I can’t conceptualize doing something so strange as, for example, getting on an airplane in Chicago and walking out 13 hours later in China. 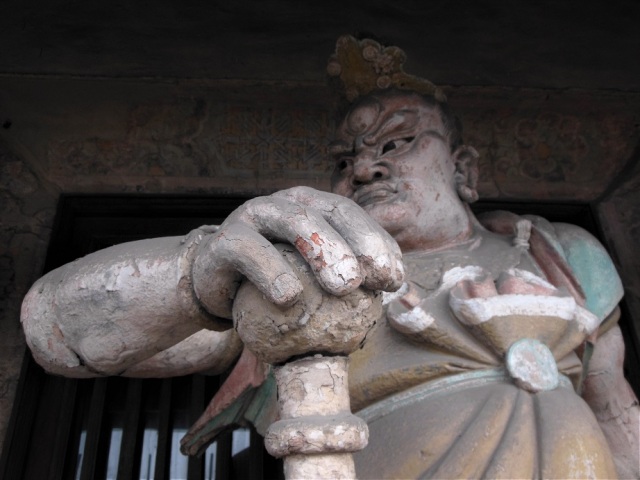 That central experience for our trip to China was traveling to see this god, one of about 2000 sculptures in Shuanglin temple, a short drive from Pingyao in northern China. 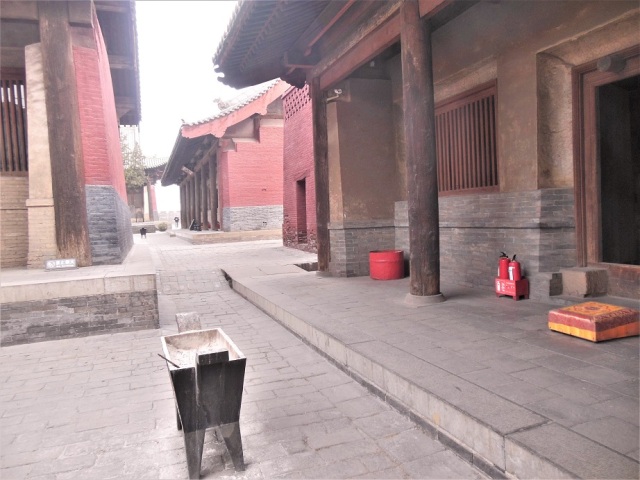 Shuanglin temple was originally built in 571, though its current incarnation (did you catch my Buddhist joke?) is circa 1571.  Like most Chinese temples it is a complex of several buildings and courtyards surrounded by a wall.  Sadly, we were not allowed to take photos inside any of the buildings, so I have no pictures of most of the temple’s sculptural treasures.

This ancient tree from the central courtyard was loaded with good karma. 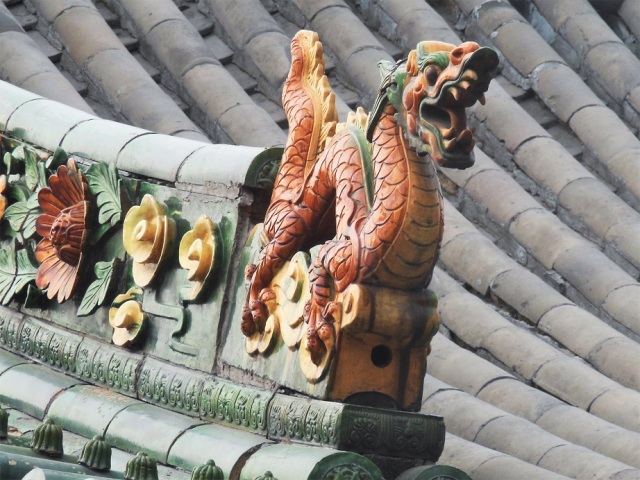 The dragon-themed roof sculptures were intriguing and meticulously preserved. 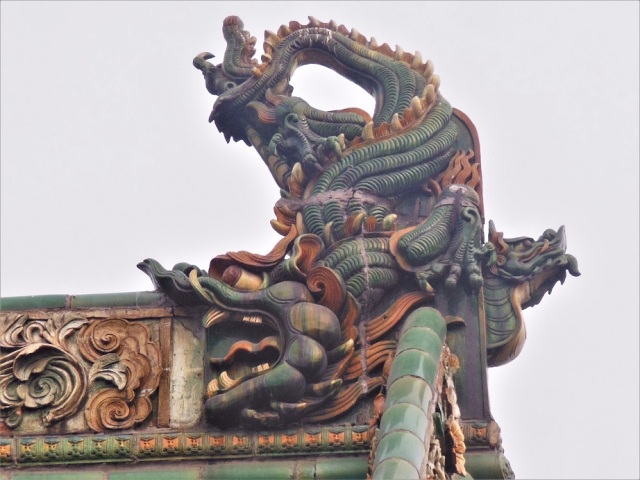 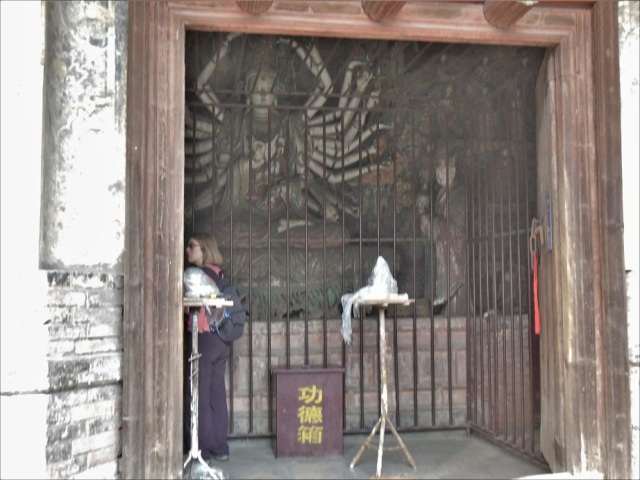 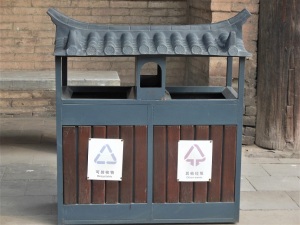 Shuanglin temple is a UNESCO World Heritage Site—I wonder if that includes the trash cans? 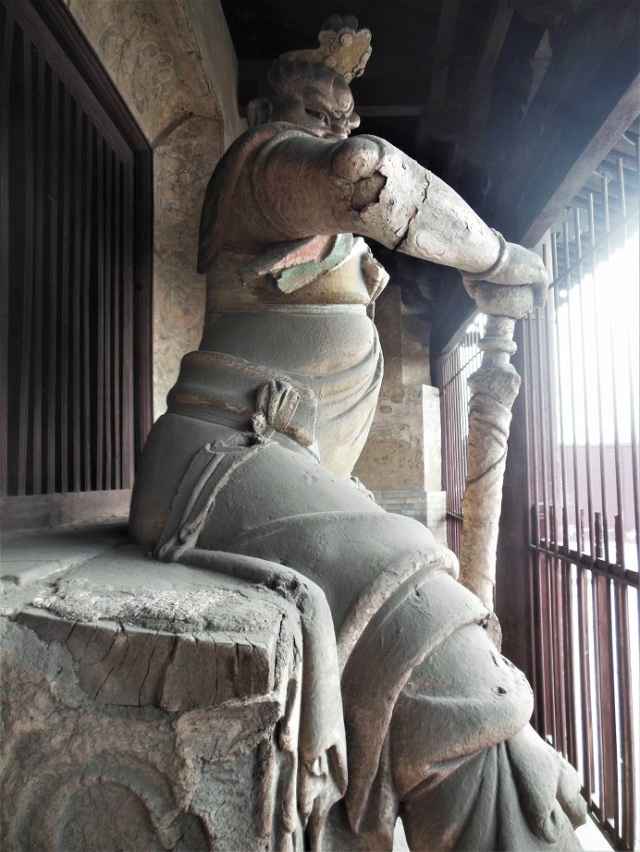 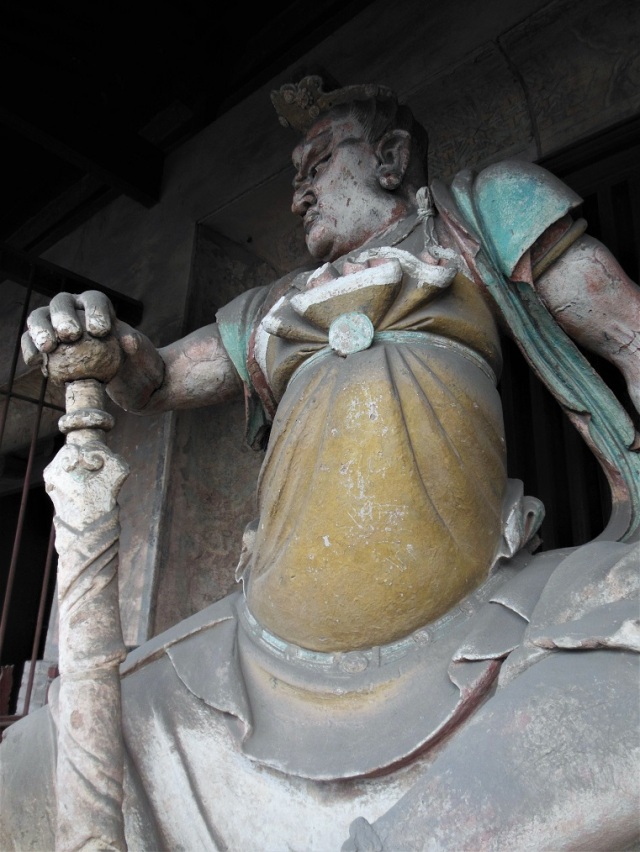 This god (I like to think of him as my god) is alive.  All four of them are alive.  Their confident stances, torqued torsos and vehement expressions made the hair stand up on my arms in a way that only happens with the best works of art. 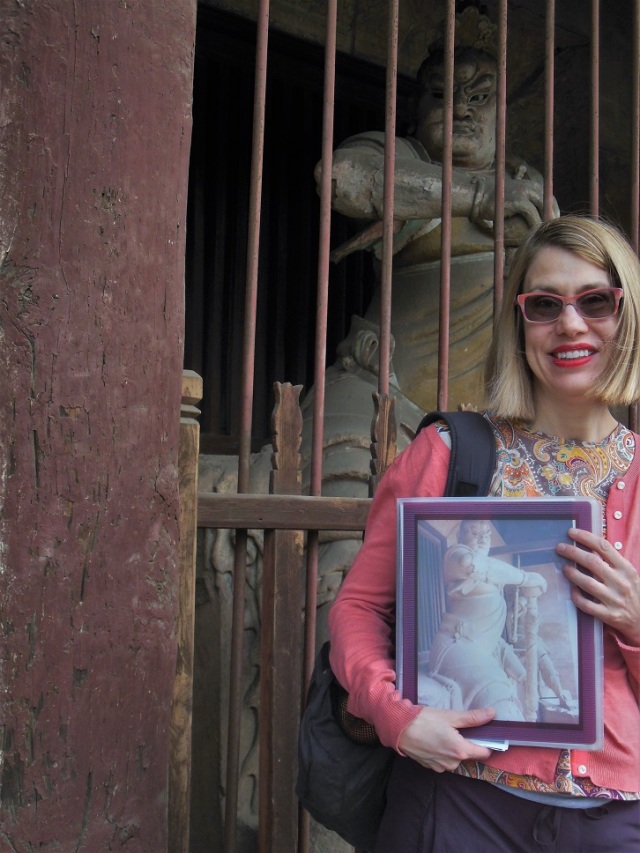 All this vitality is what made the location of the gods—stuck behind bars—so disturbing. 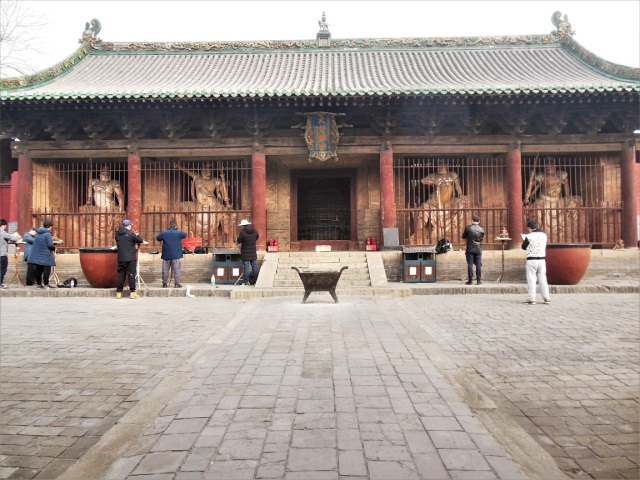 Why, why take sculptures with such a ferocious life force and put them in a literal cage? 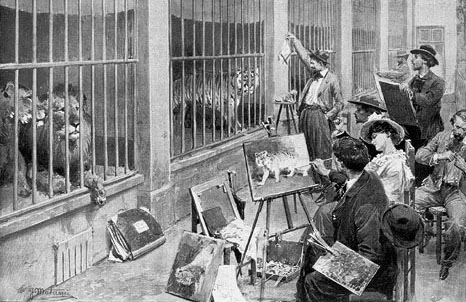 Animal artists at the Jardin des Plantes, Paris. From the magazine “L’Illustration”, 7 August 1902.  (Image from Wikipedia).

Art students were lined up in front of the god cage, making miniature models of the Four Heavenly Kings.  Normally I enjoy watching students work from art, but here I had the unsettling thought that the students looked like turn-of-the-century dilettantes painting caged lions in the park.

Perhaps one day the good people at UNESCO will persuade the guardians of Shuanglin temple to find a less barbaric way to enclose these sculptures.  Until then, I leave you with this poem by Rilke, who described the horror of jailed vitality better than I ever could:

The Panther, by Rainer Maria Rilke, translated by Stephen Mitchell

His vision, from the constantly passing bars,
has grown so weary that it cannot hold
anything else. It seems to him there are
a thousand bars; and behind the bars, no world.

As he paces in cramped circles, over and over,
the movement of his powerful soft strides
is like a ritual dance around a center
in which a mighty will stands paralyzed.

Only at times, the curtain of the pupils
lifts, quietly–. An image enters in,
rushes down through the tensed, arrested muscles,
plunges into the heart and is gone. 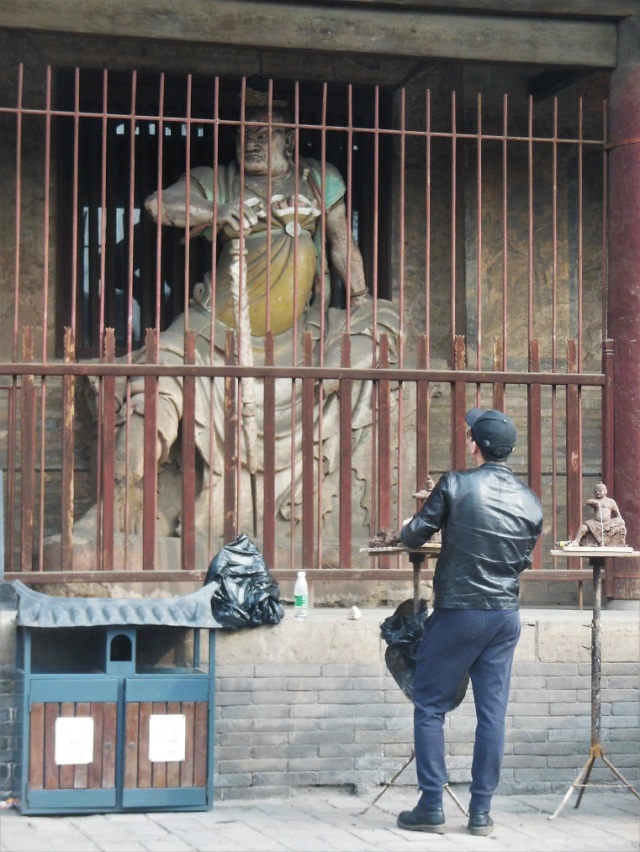 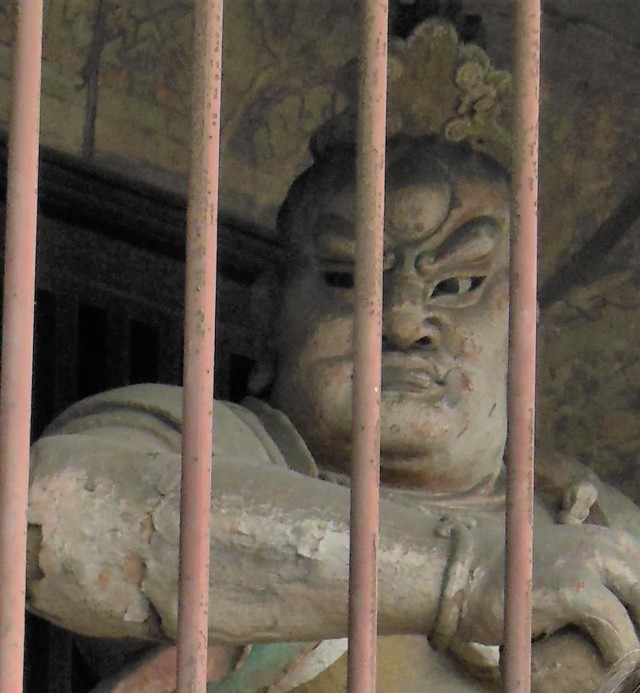 How we got to Zhenguo Temple: train from Beijing to Pingyao and then the proprietor of our guest house drove us to the temple.
Where we slept: Pingyao Jiaxin Guesthouse. Price: 7.50€ for a double. Recommended: yes.

← Pingyao: a dozen boring museums and one magical city
Big Goose Pagoda is just a backdrop for the sexy dancing seniors of Xi’an →