Nara’s Kasuga-taisha shrine and the divinity of nature

After we had to cancel our pilgrimage hike across the Kii Peninsula because of Typhoon Hagibis, HOB and I visited the tourist information center in Nara to try to find another hike.  I read that there was a primeval forest nearby and wanted to see if we could hike there.  The friendly man at the TI gave us a map and showed us an 18K trail through the forest to a temple; a hike he said was once was used to train Samurai.  (I don’t need to remind you that visitor services and tourist information staff are my heroes, do I?) 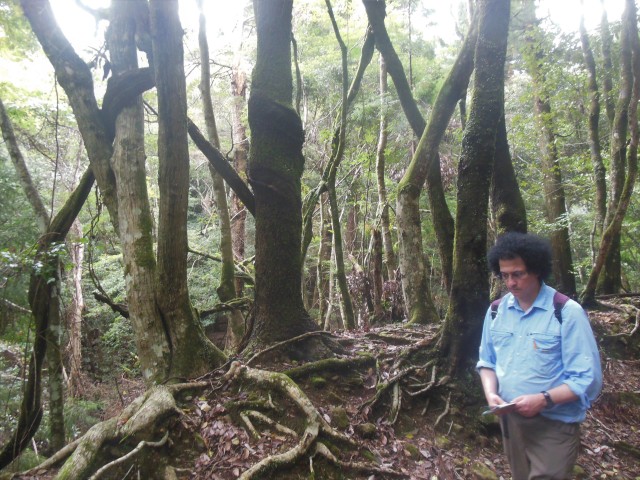 This hike!  So lush, and real nature, not the cultivated kind the Japanese specialize in.  We were loving this magical walk so much until….out from the primeval forest emerged a perfectly contemporary forest ranger who said we had to go back because of the danger of falling trees due to the typhoon.

So we doubled back to a park we’d passed earlier where we’d seen a sign for a shrine called Kasuga-taisha.

The path to the shrine runs through a forest of giant Ichiigashi trees.

After the Ichiigashi trees, we started to see lots of lamps.  Hundreds of lamps.  Thousands.  And deer, which are considered sacred in Kasuga-taisha.

Can you see the deer carved in the lamp?

There were signs around warning us to keep our distance from the deer.  Not to worry: I didn’t get knocked down by a sacred deer.

Kasuga-taisha has been around since the 8th century and it is quite active.  Elegantly dressed families, many in traditional Japanese dress, poured into the shrine for ceremonies, to worship, and to pose for photos.

Shrines in Japan are Shinto, a religion I don’t know much about.  I think the general idea is that divinity is latent in all of nature.

To worship at a shrine you bow twice and then clap your hands two times to wake up the resident deity.  Then you bow a final time.

Kasuga-taisha has four resident deities—I wonder if they ever get annoyed at people waking them up all the time; do deities need to nap?  Anyway they do seem to like you to put a coin in their offering box, so hopefully that makes up for the lack of sleep. 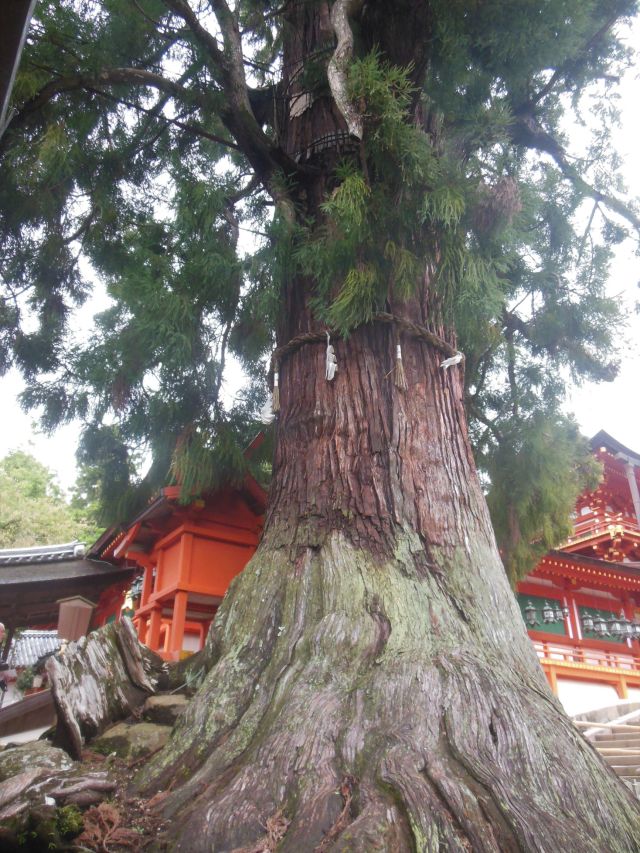 I know what a danger it is to be drawn to a religion simply because it is foreign and therefore compelling, but even so, ah what a lovely religion Shinto seems to be.  I assure you, it felt just right to worship the divinity inside this 1000 year old cedar tree.

Another thing I learned about Shinto is that their shines were traditionally destroyed and rebuilt every 20 years.  As much as my overwhelming hope is that historic, UNESCO-protected places such as the gorgeous shrine of Kasuga-taisha will be protected and preserved, this 20 year cycle of destruction and rebuilding also makes perfects sense.  It too feels natural.

A postscript to my last post about losing our cat Janacek: HOB and I live near a cat shelter and “just happened” to take a peak inside…and came out with this beauty.  Until a month ago he was a stray and had been treated for fleas, mites and a mouth infection.  Our new cat is nothing like Janacek; he’s already wiggled his muscular little body into places Janacek never ventured, including the shower (while I was using it!) and inside the refrigerator.  HOB has succumbed to his nonstop charm offensive while I might take a bit longer to fall in love, though surely this cuddly and curious cat will win me over soon.

We named him Shinto.

How we got to Nara: train from Kyoto.
Where we slept: Oak Hostel Nara. Price: €60 for a double. Recommended: yes.

Leave a Reply to The Wife of Bath Cancel reply