Korçë, Albania: come for the tolerance, stay for the Modernist architecture

The people of Korçë are proud of their tolerance and I like it in them.  “We are a tolerant people” we heard several times and surely this is true.  After all, this Southeastern town is famous for having the first girl’s school in Albania and still has an intellectual and cultured vibe (bookstores and museums, hooray!)

As much as I admire the way Korçë embraces the ideal of tolerance, I still felt, well, underwhelmed.  Korçë, like all of Albania, has very little diversity.  There don’t seem to be many immigrants and while there certainly poorer and more affluent people, the extremes of wealth and poverty on display in many other European countries were not in evidence here.  True, Muslims, Catholics and Orthodox Christians live together in harmony, but this is the case in all of Albania, not just Korçë.  I live in a neighborhood in Chicago where 80 languages are spoken, and a dozen religions are worshipped within a few blocks of my apartment.  This is my scale for what a diverse community living in mutual consideration means.   No disrespect to the lovely people of Korçë, but how can you brag about tolerance when your community is so homogeneous?

The best part of traveling is surprise.  Korçë’s tolerance underwhelmed me and so did its Orthodox cathedral, which was very….large. 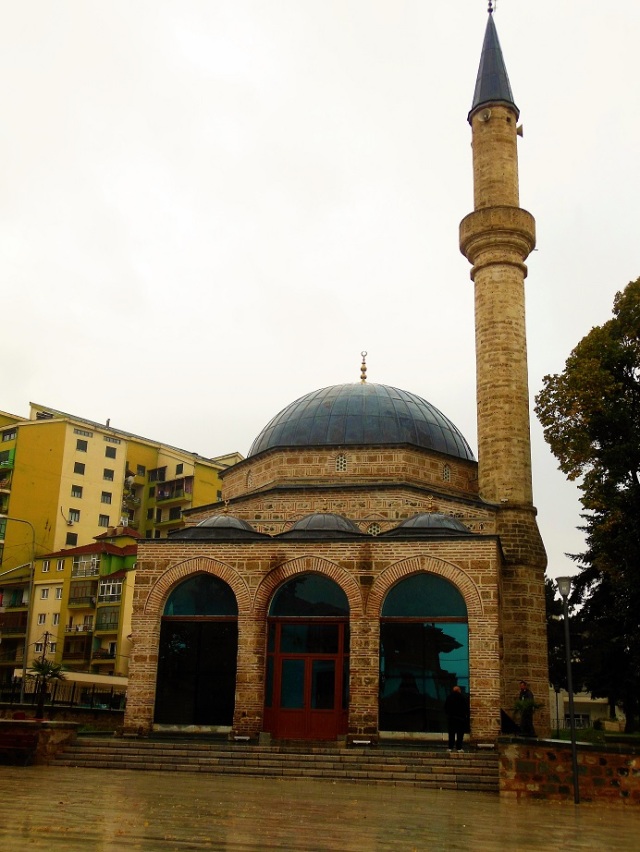 However, we didn’t view the interior of this cultural treasure, since apparently Korçë’s famous tolerance does not extend to allowing lipstick wearers like myself inside a historic mosque.

Can you just dig the airstream style balconies? 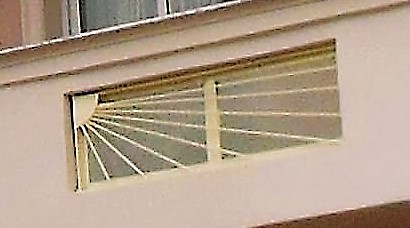 Check out this detail!  Oh yeah! 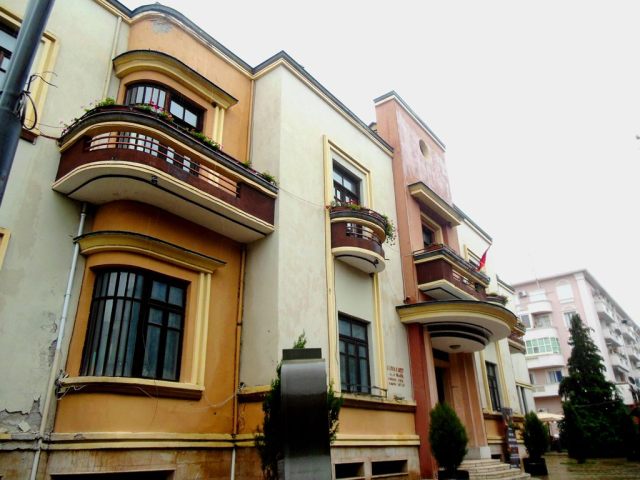 Now a cultural center, this former City Hall was built in the 1930’s in high modernist glory. 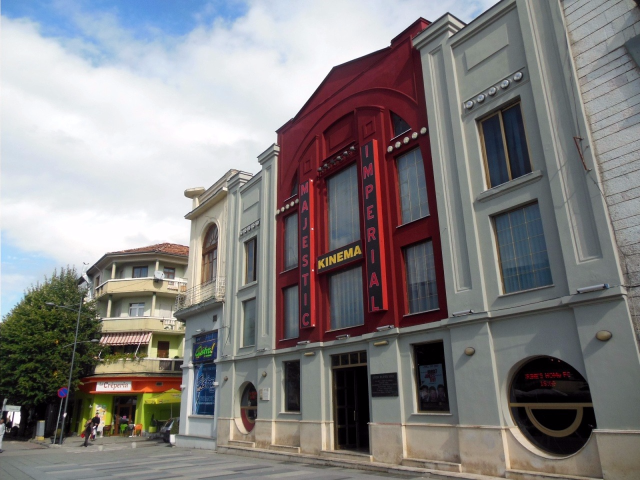 Living up to its name, the Kinema Magestic, built in 1927, was once a hub of Korçë’s cultural life.

And speaking of majestic, these crafty hens greeted us at our guest house from their perch near our room’s door.  Just goes to show you that the travel surprises are always the most satisfying.

Where we slept: Guest House Bujtina Leon.  Price: €42 for a double. Recommended: yes.

← A Roman amphitheatre, Byzantine mosaics, and an emergency picnic with bragging rights in Durrës
Funniest Travel Moments of 2016 →