Centennial Hall, Wrocław: every landmark Modernist building should have an erupting Wagner fountain

By the time we got to Wrocław, a college town in the western side of the country, we were full on loving Poland. Usually we make up a local name for HOB: in Poland he was Józef Burlequeski.  I decided I also needed a Polish name, so I was Pani Slutski.

Well anyway, Józef Burlequeski and I were in Wrocław primarily to see Centennial Hall.  Tram #2 gets there from the train station but we decided to walk.

Of course the walk made us hungry so we went inside a covered marked and bought a plate of Pierogi Ruskie for 8 zl ($2 USD).  Pierogi Ruskie are potato-stuffed pierogi: starch squared.

At Rondo Ronalda Reagana we stopped to check a conveniently placed street map:

That yellow space ship I’m pointing to on the map is Centennial Hall.

Centennial Hall is an icon of modernist architecture.  Built 1911-13 by the architect Max Berg, Centennial Hall is famous for it’s engineering.  The use of reinforced concrete to make a giant dome (over a 10,000 seat hall!) made this building a prototype for many other buildings around the world.

Though I had studied photos of the hall in advance of our trip, somehow I had failed to realize that Centennial Hall is more that just a building—it’s an entire complex, including surrounding buildings, gardens, a giant fountain, and a vine-covered colonnade for strolling.  On approach it felt like we were entering a German Modernist film from the early 2oth century.  I was expecting youths with sharply parted hair and high-waisted swim costumes to pass by. 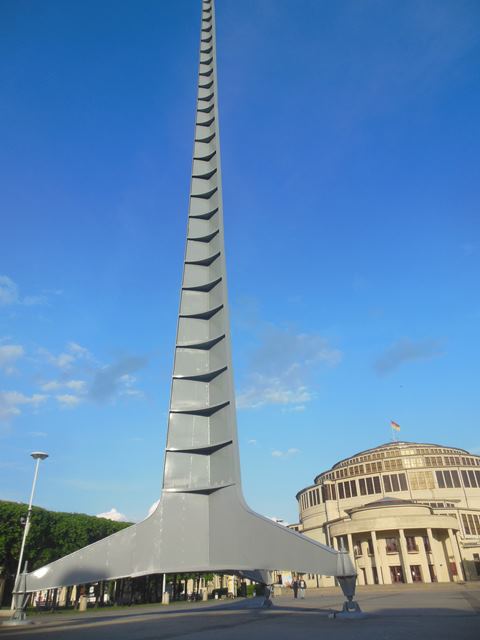 Can’t deny it: I had spire envy.

Modernist perfection (and still in use as a recreational venue).

Centennial Hall and the surrounding complex are loaded with references to classical architecture.  On the left is a shot of HOB inside the Pantheon in Rome, and on the right you can see similar detailing on the underside of the entry to the hall. 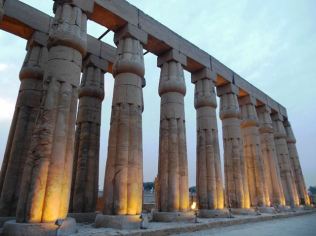 On the left is a picture HOB took at Luxur Temple in Egypt.  The column shape is reflected in Four Domes Pavilion, just to the north of Centennial Hall. 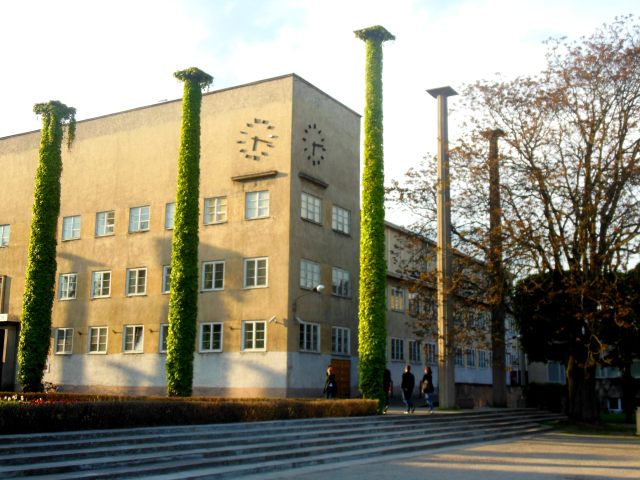 As we rounded the Centennial Hall we noticed a group of people standing on a stairway in front of a pond—clearly they were waiting for something.  Just as we said to each other “Wonder what those people are waiting for?” the pond in front of the hall transformed into a massive multimedia fountain.  THE FOUNTAIN WAS PERFORMING TO RIDE OF DIE WALKURE.  It was all I could do to just stand there, dumbfounded with happiness and giggling at the earnest, wonderful spectacle of it. 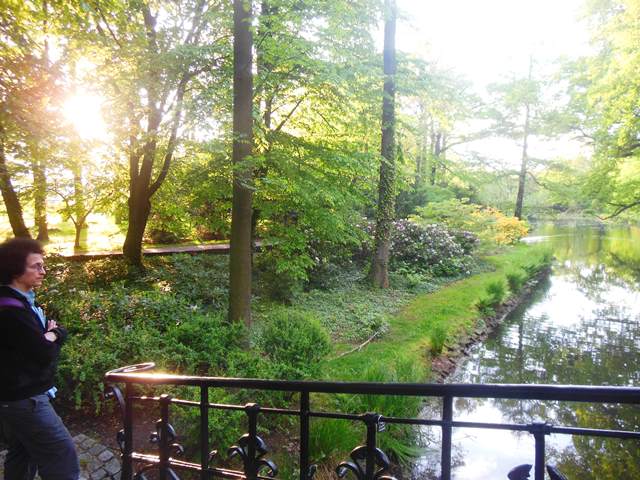 After delighting in the display of water imitating Wagner’s Rhinemaidens leaping from mountaintops, we explored the gardens behind the fountain.  Aren’t they lovely?  There was even a Japanese garden.

And will wonders never cease?  They even had a bathroom!

Wrocław is a cool town and Centennial Hall is sensational.  Expect Jozef Burlequeski and Pani Slutzki to return soon and linger in front of the fountain.

How we got to Wrocław: bus from Krakow.

Where we slept: Hotel Piast Wrocław Centrum.  Price: €50 for a double.  Recommended: yes.

← Nope, no one’s having any fun in Kraków
Kalwaria Zebrzydowska: shrines in the mist →