We’re all still friends in Sarajevo

I wrote this post in 2015 after visiting Sarajevo on the 20th anniversary of the Srebrenica massacre and spending a day with Amir, a journalist who lived in Sarajevo during the siege. Lately, I’ve been thinking a lot about this experience and about how a cosmopolitan area of Central Europe where several religions peacefully coexisted turned into a war zone where thousands were slaughtered through ethnic cleansing during the breakup of the former Yugoslavia. I don’t have any answers, but when I look at my own country in 2018, where our president repeatedly stigmatizes immigrants, where the Supreme Court upholds a blatantly xenophobic travel ban against majority Muslim nations, where I hear my fellow citizens (many of them Christians) justify ripping children away from asylum seekers who are fleeing for their lives and putting those children (including toddlers!) in cages, I think, are we next? And what must I do to prevent it?

Picnic at the Cathedral

In the foreground, a mosque.  In the background, the spire of a Catholic church.

Sarajevo is my favorite sort of town: buzzing with dynamic street life, culturally rich and simultaneously traditional and forward-thinking. Trams are gliding by, the traffic is not that crazy and the architecture ranges from Ottoman to Viennese.  Drool-inducing (if meat heavy) street food is and coffee that needs to be savored slowly is readily available. 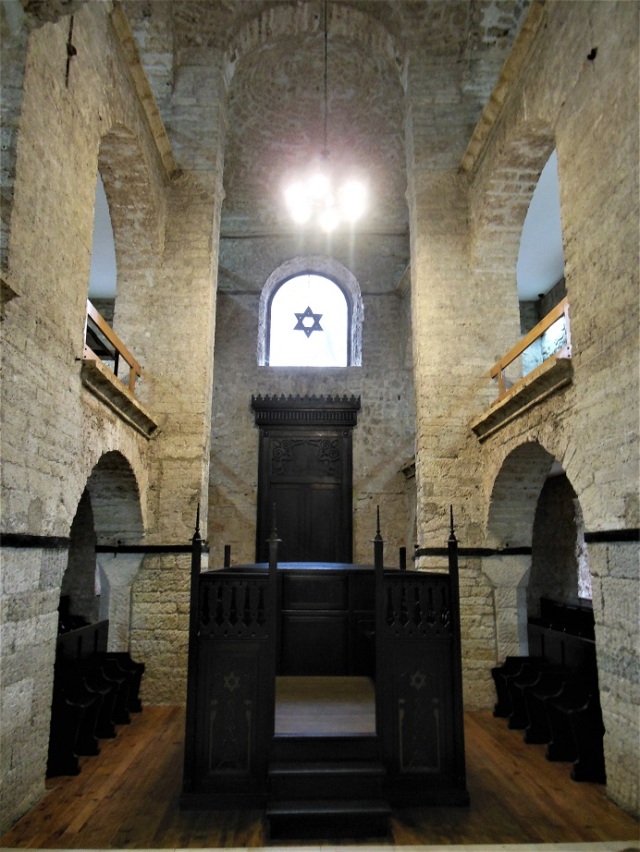 For example: this synagogue, built in 1581.  After being expelled from Spain in the 15th century, many Sephardic Jews migrated to Sarajevo.  They spoke Ladino—a Judeo-Spanish language—and to this day the Rabbis of Sarajevo greet each other with “Buenos dias”  The ruling Ottomans tolerated the Jews (no doubt in part because they paid heavy taxes) and did not force them to live in ghettos.  Sadly, most of the Jews were killed in the…